WELCOMING MENTAL HEALTH INTO YOUR RELATIONSHIP 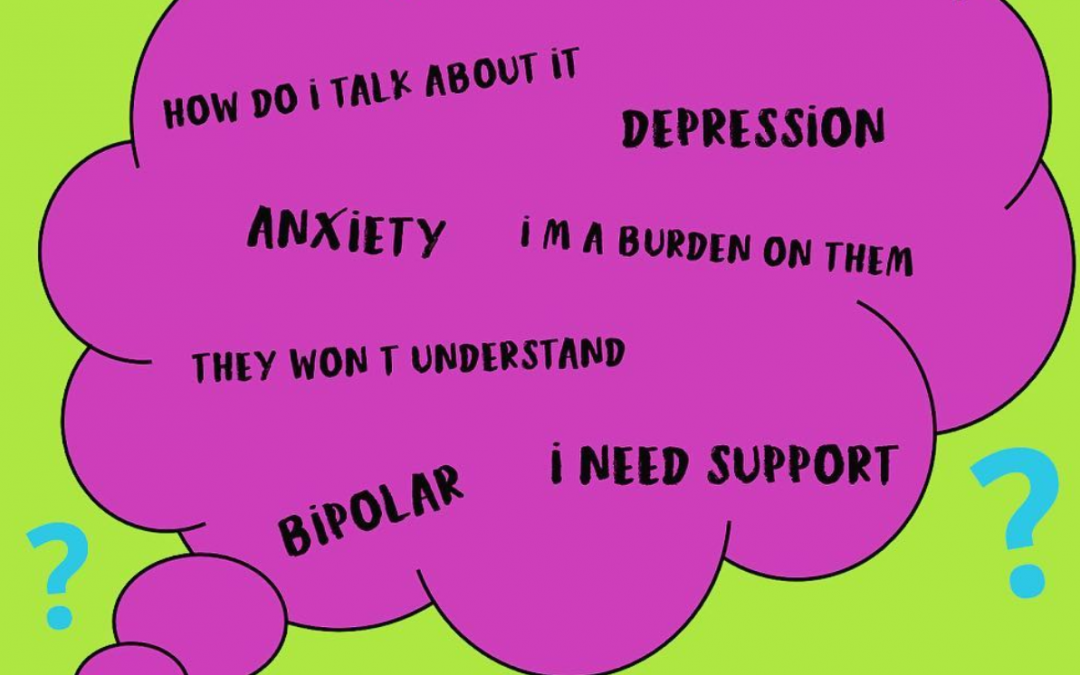 You know the old saying, “It’s better out than in”? Well, that counts for mental health too. But communicating your struggles to your partner can be difficult.

HUSH have heard the story of Jessica, 22, whose relationship with her boyfriend was taken on a rollercoaster ride of emotions when she tried to communicate her mental health struggles with him. Whilst she completely recommends speaking to your partner, it seems that doing this effectively can be tricky. How do we bring it up? How much can we tell them without draining them? Will they even take us seriously?

We spoke to Transformational Coach, Luna Guidance, who gave us her top tips on communicating your mental struggles with your lover…

I wake, my eyes damp and stained with the mascara that I’d applied so perfectly the night before, in the hope to fool those around me that I was as put together internally as my external appearance suggested. In those first waking moments, my thoughts border on blissful. No worries, no confrontation, just the true innocence of the new morning to enjoy before the memory of the night before plagues my thoughts. Too late. Guilt fills my body. I pick up my phone. 10 missed calls. 20 messages. What happened last night?

“Baby, I can’t keep worrying like this every night, it’s mentally exhausting.” The message before my eyes from the one person I love. The one person whose happiness is my everything. Oh god, here they come. The flashbacks from the night before. I’d gone to the party excited, I guess you could even say I was ‘happy’. But one bottle of wine later and the pain I’d been masking came to bite me in the ass. I had to vanish, I had to get out. I paced through the swarm of drunken bodies until the only thing that swarmed me was the dark streets. The dark streets that swallowed up my lost mind as my desperate body stumbled in the hope of finding the light, or even a glimpse of it at least. Suicidal thoughts polluted my vulnerable mind that was screaming for support. That’s why I messaged him.

Since the day we got together, over two years ago now, I’ve spoken openly to him about my mental health struggles. I get waves of crippling anxiety and depression that spirals into suicidal temptations, I’m left feeling worthless and helpless a lot of the time, I feel disgusting and my mood changes in ways I can’t control. I sound like hard work, right? I know, I can be. Maybe this story will give you a little insight…

We were about 6 months into our relationship. My anxiety had been building up for a while, I was on my third day of chronic panic attacks and we thought it would be a good idea to go on a night out to boost my mood. Oh, how wrong we were. I’d been using alcohol to mask my anxiety for a few weeks, drinking myself close to unconsciousness four to five times a week…

The night was going well, but the last vodka shot finally hit and I found myself telling him to fuck off, to leave me alone, that I didn’t want to see his face. I was in full self-destruction mode, feeding the monster within that wanted to destroy every last bit of happiness I’d finally created for myself. I found one of my mates and stayed with them for a while, but after about half an hour I was confused as to where my boyfriend had vanished to, completely forgetting the way I’d spoken to him before. I found his mate who told me he’d gone home.

Minutes later I was stomping round to his flat and banging on the door. He finally opened it to find me shouting “HOW DARE YOU FUCKING LEAVE ME” “I ONLY WENT ON THAT NIGHT OUT FOR YOU AND YOU LEFT ME” then I’d slam the door in his face. I did this about three times, until I did something unforgivable.

I slapped him. Hard. He looked up at me, his blue eyes glazed over as the tears formed and heartbreak filled his face.

“You just slapped me Jessica” he said in a state of shock. I fell to my knees and burst into tears, traumatised by what my anxiety had made me become. I knew I was insecure, I knew I had issues, but I never thought that I was an abuser.

“You actually just slapped me, no, this is it, you fucking slapped me Jessica, this is not okay” were the last words he said before closing the door on me. I stumbled, crying and drunk through the streets for about 10 minutes until he called me asking me to go back to his flat.

When I got there, he explained that he was furious and heartbroken but that he loved me and wanted to support me through whatever I was going through.

“Slapping me is not acceptable and if you ever do anything like that again you’ll lose me.” he warned.

The next day we talked through things in depth, it was a serious learning curve for the both of us.

Since that day I’ve never let myself get excessively drunk again. Alcohol makes me lose clarity of my conscious and rational mind, which is toxic when I’m already struggling with my mental health.

This was a serious wake up call to how much my mental health issues had the ability to harm him and I began questioning whether I should’ve ever told him about it in the first place. If I’d bottled it up and kept him out of it, then maybe this would never have happened? But, since I embarked on my journey to recovery, well over two years ago now, honesty has been the only option for me. I know I need support, I know I can’t do this on my own, so honesty is the only option.

This is my first ever serious relationship, I always freaked out and ran away when things got serious with people in the past because I knew my mental health wasn’t the best. But when I met him, I knew I’d found my soulmate. Things have never reached that physical level ever again, but I continued, unintentionally, to let my issues take too much of a toll on us both emotionally.

When you love someone, their happiness becomes your happiness. But naturally, their sadness also becomes yours. I met my boyfriend in our first year of Uni and we’ve supported each other through a hell of a lot in that time. He is my safety blanket, my best friend, the person I narrate my meaningless thoughts to, so of course he’s the one I turn to when I’m crying for help.

“It’s okay baby, I’m here for you.” That’s what he kept saying at the beginning, when the cycles of depression were rare, once every few months maybe. But as I got more comfortable with him, this became once every few weeks and I felt the enthusiasm behind his words diminish every time.

“Did he know that you were going through this before you got together, like did he know what he was getting himself into?” One of my (very blunt) friends asked me. Almost as if there’s a form he should’ve signed and confirmed before being trapped with a fucking psycho.

How much are we allowed to put on the ones we love? How much can they really take? They love us, but it’s not their duty to heal us. And they can’t. They can’t heal the wounds that scarred so deeply before they were able to protect us. As much as that pains them to accept, it’s the truth.

So, should we protect them from this pain by keeping quiet?

Since the slapping incident, we reached one other low in our relationship. I went round to his flat and broke up with him when I was in a bad place. I didn’t know how to communicate what I was going through without bringing him down with me, so I had to get out. I had to protect him and his pure, noble soul. I told him words that I didn’t even believe myself.

“I’m just not happy in the relationship anymore” “We’re very different people, you’ll never truly understand me” “I just don’t think we’re right for each other.”

My relationship was the only part of my life that I felt I could control, so by removing it I thought it would help. That was so far from the truth.

But he knows me too well to believe a word that was coming out of my mouth. We gave it a week and talked things through. He understood where those words came from and promised me that he would support me no matter what.

“You need to understand how secure this relationship is Jessica. I’m not going anywhere, and I always have your back. You can try and push me away but I’m always going to be here,” he reassured me.

Things have been great since, now that we’ve pushed almost every boundary possible in order to discover how to welcome my mental health issues into our relationship, rather than viewing it as an obstacle. For us, these lines and boundaries had to be explored so we could discover how to truly support each other. I think this is so important.

Our relationship is strong, and our love is even stronger and I’m incredibly grateful that we were able to experience this together. He knows how to support me, I know how to communicate effectively with him and I’m now finally getting professional help. If it wasn’t for our relationship, I genuinely don’t believe that I would’ve got an understanding of how deeply rooted my mental health issues really were. Love makes you vulnerable and it brings out the deepest scars. But with pure love, I have learned to accept those scars and begin working with them to build a better life for myself.

My boyfriend is my everything, but he isn’t my carer. He can be there for me, he can give his best advice, but he can’t change my way of thinking. I reached out to a life coach who was able to give me the extra support I needed to implement new practices and habits into my relationship that have changed my whole perception on how to communicate with my boyfriend.

HUSH spoke to Luna Guidance, the life coach who worked with Jessica, to get her best advice on communicating mental health issues to your partner. Find out your love language with this quiz here. 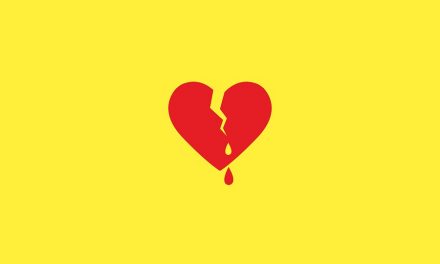 WHAT TO DO INITIALLY AFTER GETTING YOUR ... 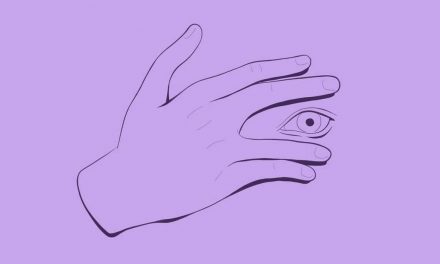 DATING IN THE AGE OF SOCIAL MEDIA 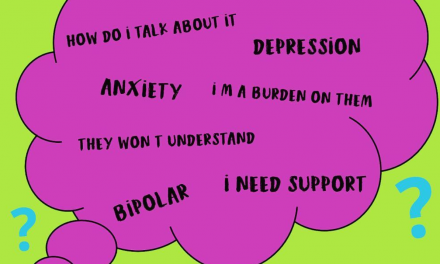 WELCOMING MENTAL HEALTH INTO YOUR RELATI... 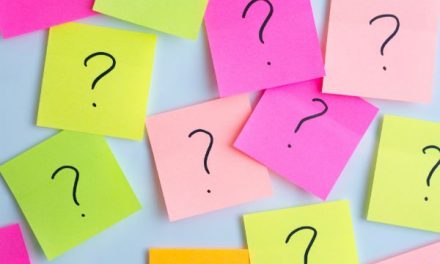 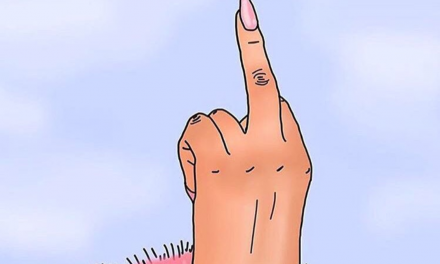 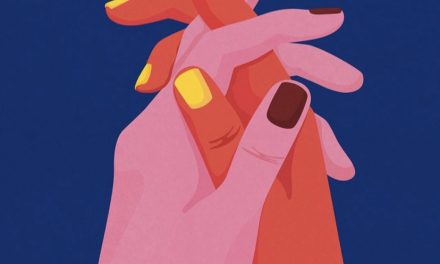 WHY YOU SHOULD DUMP YOUR TOXIC FRIENDS 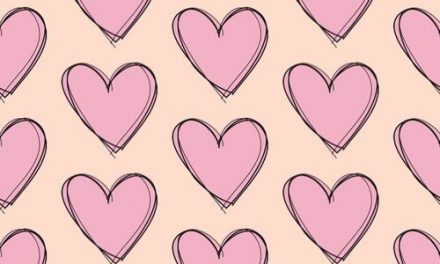 HUSH TIPS: HOW TO MAINTAIN A HAPPY AND H... 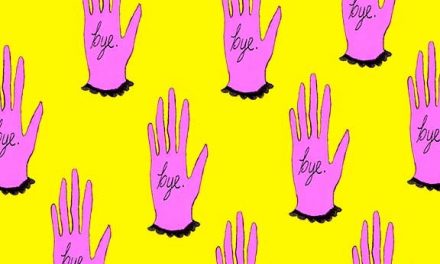 WHY I’M GRATEFUL FOR HEARTBREAK 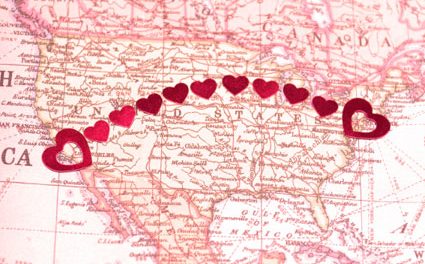 LOVE AND LEARN TO LIVE WITH YOUR LONG DI...

WHY YOU SHOULD PUT YOURSELF FIRST BEFORE...