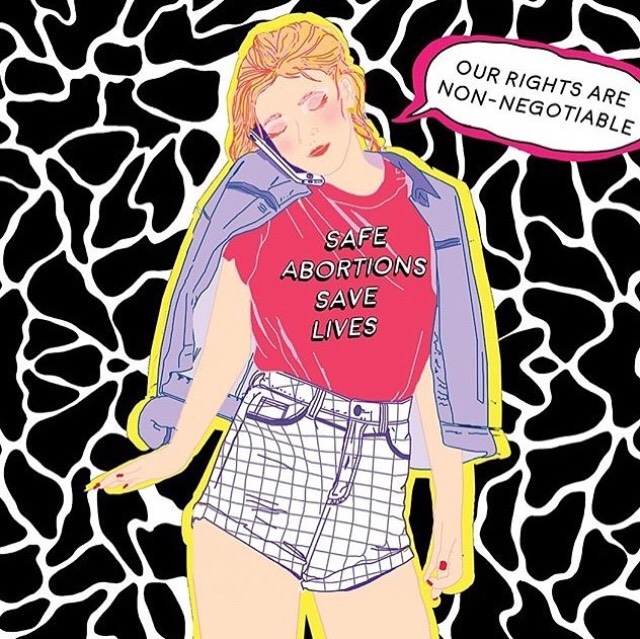 Yes you should be angry about the Alabama abortion law. You should be fucking outraged and wanna scream it from the rooftops.

But where’s your outrage for the abortion ban in Northern Ireland?

Where’s the media spotlight, and the social media attention for the women oppressed by a country just a stone’s throw away from our own?

It’s easy to look at the situation in Alabama and think ‘Wow, crazy American laws again’, BUT IT’S HAPPENING HERE TOO.

I am ashamed of Alabama’s decision this week and every other country (Malta, Northern Island etc) that criminalises abortion and strips women of their choice and access to a safe, legal abortion. We are failing women in an era where we are supposed to be forward-thinking. pic.twitter.com/Lc7tgmkGck

We cannot condemn Alabama when women in the UK are being denied access to safe and legal abortions too.

Pro-choice campaigners in Northern Ireland have said that the laws in place in the region are even stricter than those which are to be enforced in the state of Alabama.

Shockingly, women in Northern Ireland who seek an abortion may face life in because the Offences Against the Persons Act 1861 remains in place.

Northern Ireland does not permit abortions even in cases of rape, incest or fatal foetal abnormality.

The ONLY exception is when there is danger to a woman’s life.

Kerry Abel, Chair of Abortion Rights UK, said, “It’s time to scrap outdated laws and start trusting women and healthcare professionals. For women, decriminalisation would mean empowering them to make their own informed healthcare choices, and empowered to access them. Women would no longer have their bodies ruled over by a law enacted when Queen Victoria still reigned. The criminalisation of abortion only perpetuates the stigmatisation of it, by legalising it, we can bring it out of the shadows into healthy conversation, and help to eliminate common feelings of shame that many women associate with abortion and seek to positively support their psychological well-being.”

Last year the UK Supreme Court ruled that the current law in Northern Ireland is a breach of human rights, yet there has been no change.

These men will never have to go through the fear and trauma that an unwanted pregnancy can cause.

Women’s and girls’ rights are human rights and its time they were treated as such.

So let’s take our outrage and channel it into positive change. .

If you are in the UK go to nowforni.uk to find out how to email your MP and urge them to take a stance against abortion law in Northern Ireland.